Facebook is the best social media platform for celebrity, brands and products to showcase their skill, talent and service. Facebook gives a larger scope to the brand in terms of influencers and potential buyers. Basic way of spreading a word is Facebook, Also, helps building business as well. Not only having a page is enough, facebook posts makes a difference. Take an advantage of timeline posts promotions, here’s some inspiration:

One of the simplest way pf promoting a page, by uploading a picture and letting the traffic enter the contest just by liking the posts.

Letting your fans caption the photo or the other images. Choose the winner randomly or with the highest fan followers.

Asking the audience to enter the contest by photo comment feature. Pick a random photo from the comment to announce the winner or ask their fans to vote for them.

Combination of photo comment and caption this is called meme contest. Asking the fans to create the best meme they can. Asking their fans to vote for the favorite one.

Here user’s need to complete the statement with the best possible answer. Announce the winner who has received the highest number of likes.

Post a new product, new design or new feature and ask for fan’s opinion on the product. This is a great way to engage fans and the brand. Select winner randomly. 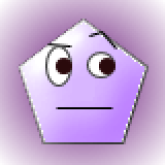